We have a SMARTVISION® for LED lighting in America, and our lights and graphics are everywhere you look!

Headquartered in Blue Ash, Ohio (Greater Cincinnati), LSI is a leading producer of lighting, graphics and technology solutions.  Our indoor and outdoor products and services are valued by architects, engineers, distributors and contractors for their quality, reliability and innovation.  The company’s products are used extensively in automotive dealerships, petroleum stations, quick service restaurants, grocery stores and pharmacies, retail establishments, sports complexes, parking lots and garages, and commercial and industrial buildings.

James A. Clark is LSI’s President and Chief Executive Officer, and a member of the Board of Directors.  He was named CEO on November 1, 2018.

LSI is a publicly held company traded over the NASDAQ Global Select Market under the symbol LYTS – aligning the company with many of the most prominent small cap corporations in America.  Our fiscal 2020 revenues reached $305.6 million.

LSI’s products are made in America, and our manufacturing heritage spans more than 40 years, beginning in 1976 when the company was founded.

LSI has approximately 1,200 employees at seven manufacturing plants in the United States, including our corporate headquarters. 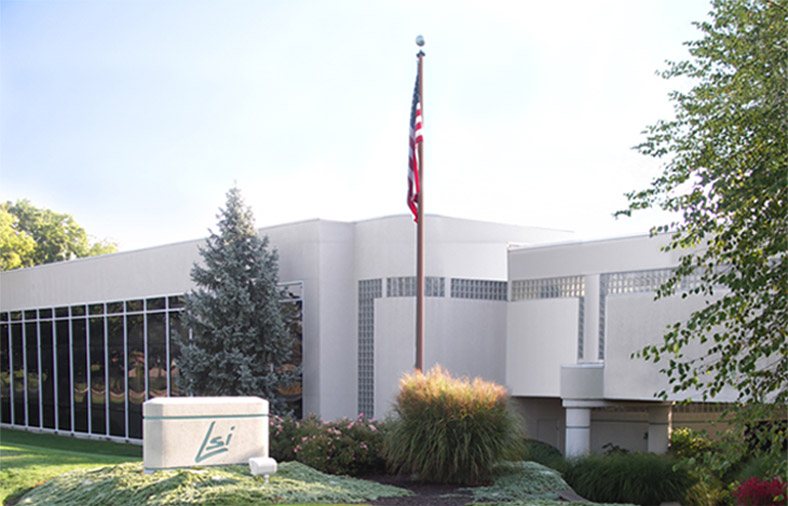 2001:  Consolidated all companies into one unified corporate branded identity. Entered into a License & Supply Agreement for Australia & New Zealand with Hamilton Lighting